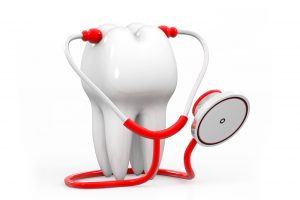 You never know when a dental emergency may happen. Most of us do not want to imagine getting into an accident, fight, or other incidents that could result in a cracked (or knocked out) tooth or another dental emergency. Eventually, a situation will occur that results in you being faced with a terrible pain or some other dental issue that cannot wait for a regularly scheduled appointment. Your Downtown Dentistry offers emergency dental services to patients in the Orlando, FL area. If you are facing a dental situation that has resulted in severe pain or a broken, cracked, or knocked-out tooth that you aren’t sure how to handle, a prompt emergency appointment could be the difference between losing and saving the affected tooth.

THE IMPORTANCE OF EMERGENCY DENTISTRY

Everybody is at risk of being in an accident, which could permanently impact oral health. One example of this could occur when playing sports and a ball hits you in the face causing a tooth to dislodge. If you do not have a nearby emergency dentist who can assist immediately, you run a considerable risk of losing the tooth permanently. Losing even a single tooth can cause long-term negative effects on your physical appearance and overall oral health. This makes it critical that you have an emergency dentist who you can contact that is reliable and will be able to get you in quickly. Prompt treatment will help avoid long-term dental issues that could be troublesome and very costly.

REASONS TO REACH OUT TO AN EMERGENCY DENTIST

Too many people assume that the only time an emergency dentist should be contacted is if there is an apparent threat of tooth loss. This could include a cracked, broken, or knocked-out tooth. The truth is that there are several situations that should be considered a dental emergency.  Some of these situations include:

Situations that may not be considered a dental emergency, but in which your dentist should still be immediately contacted, include:

In situations considered a dental emergency, visiting your emergency dentist may prevent a series of further dental problems from occurring. Your emergency dentist will be able to repair or replace any damaged dental work, ease any pain you may be experiencing and set the foundation for future dental success.

Despite there being many situations that are considered a dental emergency, a large number of cases that get called in are for patients worried about tooth loss. This is entirely justifiable as losing a tooth can transform a beautiful smile into one that can become distracting and cause further dental health complications in the future.